A couple of months ago I received a commission from a guy asking to have his adorable Pomeranian, named Thundercleese, made into an amigurumi interpretation of a little metalhead.

(The original Thundercleese the Pomeranian)

He said their favorite metal band was Pentagram, so I got to work on some sketches, bought some novelty yarn, and ended up making this little guy.

The fur was made from Patons Divine, then brushed out with a metal comb. 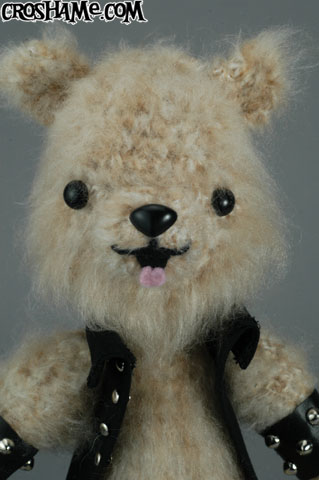 Behind that adorable smile lurks the soul of a real hellraiser!

Yes, even fuzzballs can be tough.

Boys are made out of puppy dog tails, aren’t they?

The teeny tiny Pentagram patch was made from with an iron-on transfer on black felt, then sewn on the sleeveless, crusty denim jacket.

I loved making Thundercleese, and thankfully I had a great source of inspiration sitting right next to me during the whole process…

because after all, I’m a pentagram-loving Pomeranian owner myself. 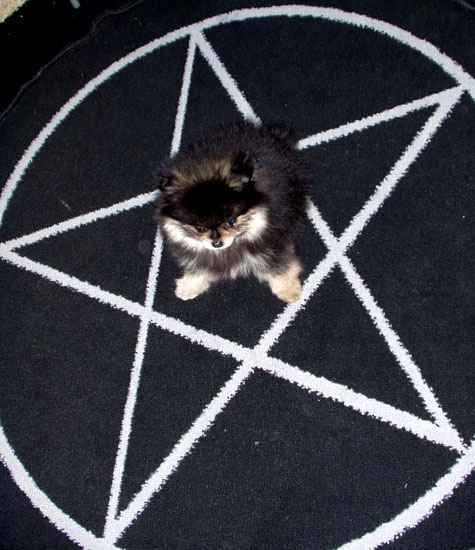 This entry was posted on July 13, 2012 by croshame. It was filed under Antigurumi .