Open up and say “Cheese” (NSFW)

The internet is a great place for many things: socializing with friends, finding historically inaccurate information, and looking at photos of kittens with infantile quotes written underneath them. But for all the eternal sunshine and endless giggles the information superhighway provides, there are just as many damp, dark, and disturbing corners filled with nightmarish imagery and unsettling ideas.

One such corner discovered and popularized by internet trolls some time ago was a phenomenon called Goatse. WARNING: If you’re unfamiliar with Goatse and have a low tolerance for the utterly repellent, I don’t recommend rushing out and doing a Google image search as it’s probably considered objectionable viewing material to 99.99% of the population.

Mr. Goatse seemed to get a pretty bad reputation fairly quickly, so to lighten up his persona a little, I’ve decided to create my own tribute to the “meme”-ory of this infectious image…

He’s all business in the front…

And all party in the back! 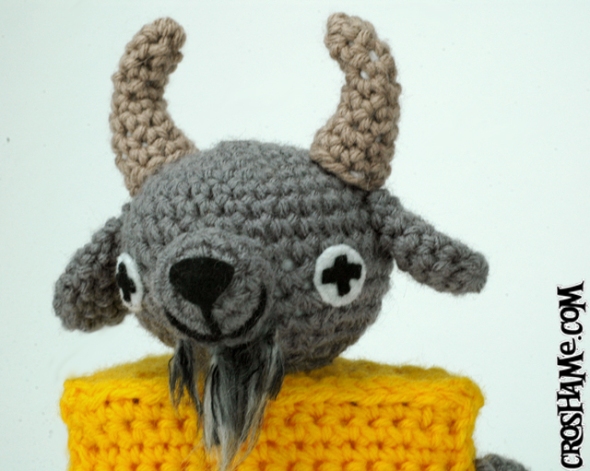 Awwww… not so much.

Although I’m not expecting this one to exactly fly off the shelves (“Makes a great Easter or Mother’s Day gift!”), it is available in the Etsy store here.

They don’t call me Croshame for nothing, folks.