For about two decades now, I have been a fervent follower of performance artist, underground actress and musician Kembra Pfahler, best known as the lead singer in the band The Voluptuous Horror of Karen Black.  After seeing her performance at San Francisco Oasis a couple of years ago I got the opportunity to meet her and show her my artwork, specifically a Kembra doll based off of her performance piece “Sewing Circle,” which I had made in 2016 for the annual Stitch Fetish show at The Hive Gallery in Los Angeles. 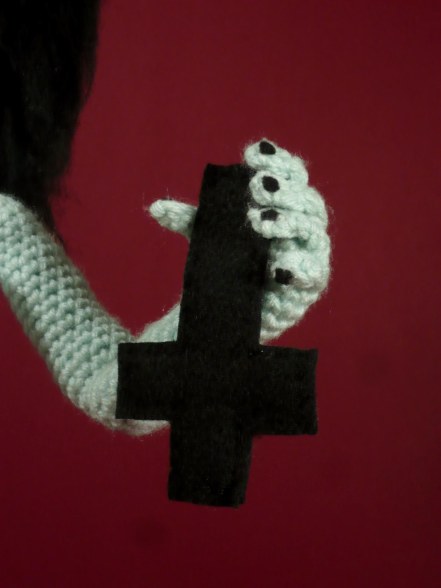 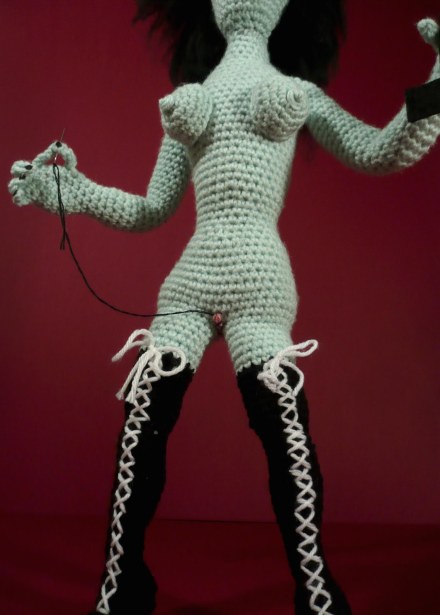 Kembra was really excited about her crocheted likeness and very kindly invited me to be in her upcoming show in London at the Emalin Gallery, where she was displaying collaborations and portraits by artists such as Richard Kern, Mike Diana, Scott Ewalt, Katrina Del Mar and many others, as well as her own sculptures, drawings and performance pieces. I made an additional figure just for the show at Kembra’s request, a red version of the Voluptuous Horror Kembra that was a little more interactive and could be made to do several of her known performance pieces. 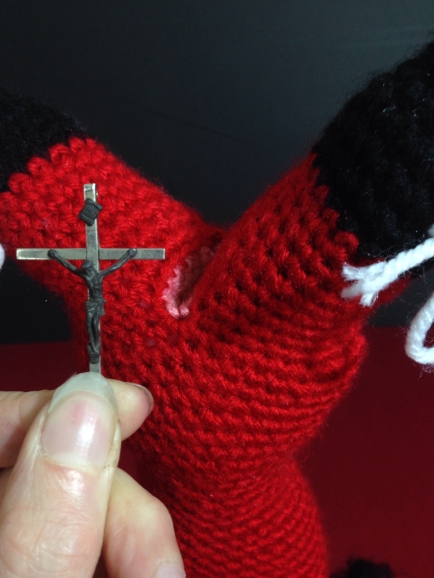 Although I didn’t get to attend in person, what I saw online of the London show was fabulous. Both my pieces made it across the pond safely and ended up being displayed among other great artists’ work in homage to Kembra — however, they’ve continued to sustain a life after the exhibit too: over the past year, the dolls have made their way around the world and into her various performances and appearances; most recently one made its way into the latest issue of Dizzy magazine! 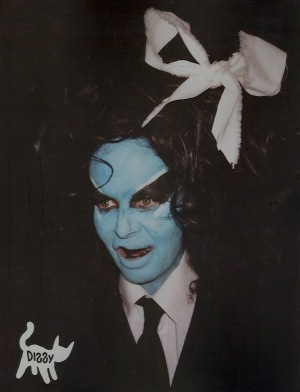 I’m glad to announce I will be showing three new figures this month for the upcoming Stitch Fetish 6 show at the Hive Gallery, made with the collaboration and endorsement of the muse who inspired them:

“I love and support the works of Croshame and her visual generousity and extreme attention to detail. I encourage the collection of these dolls and I hope to include Croshame in shows I’m having in London next year.”

I made a blue Kembra with bowling balls “taped” to her feet: 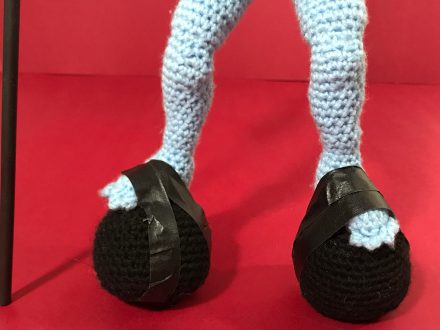 There’s a yellow Kembra with Peeps® in her hair and a pentagram, which can be used as a shield or held in her fingers: 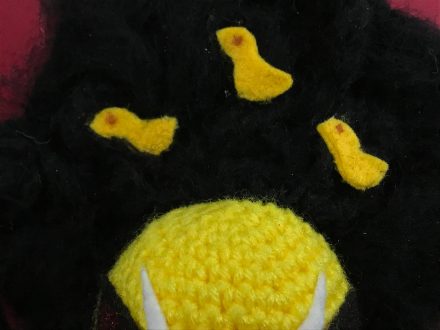 And a red Kembra doing her “Abracadaver” performance piece: 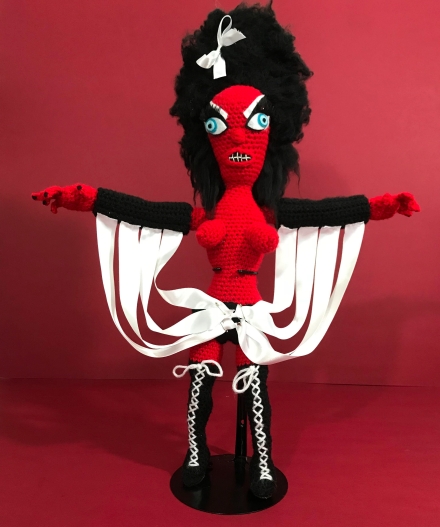 All figures come with their own black doll stands and black painted crucifixes.

The Stitch Fetish 6 show runs from February 3rd through the end of the month at Hive Gallery in downtown Los Angeles (www.hivegallery.com).! 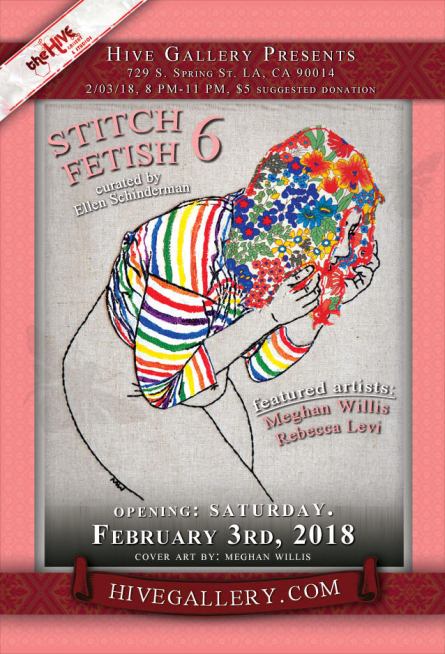 This entry was posted on February 1, 2018 by croshame. It was filed under Croshame .